Samba Is Brazil’s gift to the Universe! 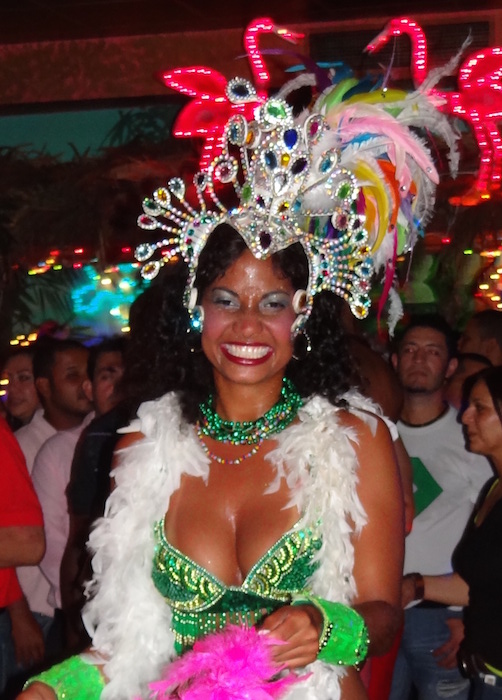 Samba was created from the influence of African rhythms. It was brought to Bahia, Brazil, by African slaves and was later taken to the streets and shantytowns of Rio de Janeiro where it was subjected to many social and economic adaptations and characteristics. Samba spread throughout the country to become the Brazilian rhythm genre par excellence. Different regions foster different variations such as samba pagoda, samba-de-roda, samba rock, samba duro, samba de enredo and many other styles.

“The Samba beat is as indispensable to the people of Brazil as the rain is to the forest.”

The name “Samba” comes from the Quimbundo word (a language spoken in Angola) that means navel. The dance was performed in a circle where everybody would clap hands, following the rhythm of drums, and one person would dance alone in the center of the circle, moving from side to side, turning and jumping.

Like the capoeira, the Samba de Roda is danced in a circle.  Samba de Roda, which involves music, dance and poetry, is a popular festive event that developed in the State of Bahia, in the region of Recôncavo during the seventeenth century. It drew heavily on the dances and cultural traditions of the region’s African slaves. Samba de Roda was eventually taken by migrants to Rio de Janeiro, where it influenced the evolution of the urban samba that became a symbol of Brazilian national identity in the twentieth century.
The dance is performed on various occasions, such as popular Catholic festivities or Afro-Brazilian religious ceremonies, and also in capoeira’s roda. The dance is often improvised and based on the movements of each individual’s feet, legs and hips. One of the most typical movements is the famous belly push, the umbigada, a testimony of Bantu influence, used by the dancer to invite the next dancer into the center of the circle.

The Samba beat is as indispensable to the people of Brazil as rain is to the forest. At the heart of Samba Music is a “Bateria” of drummers and other percussionists. Traditional Samba music is in 2/4 time with a high bass drum beat on the first beat, and the lower foundation beat on the second beat. The lower second beat is of same or of lesser intensity than the first higher beat.

Samba music is played in settings ranging from small street corner gatherings to huge community based groups, which can involve thousands of musicians and dancers at Carnaval time. These larger groups are called Samba Schools and are named after the school or buildings where the groups originally gather to meet.

The Samba dance is very different from other formal dance forms. Samba is a unique and specialized dance form using groups of four to six step movements incorporating side-to-side, forward-and-backward, and circular motions. Men and women dance Samba differently and together, yet with minimal touching. The dance for the women can be characterized by high energy symmetrical foot movements accompanied by elegant hip, shoulder, and arm gyrations creating a dance that includes the entire body. Men also perform the same characteristic foot movements, but with limited hip and shoulder gyrations. Men dance around the women, gracefully incorporating emphatic hops, flamboyant jumps, and graceful spins.